California used as a home in Northern Ireland.

We have been on the road 69 days, driven almost 9,000 kilometres and camped in 24 cities in England, Wales, Scotland and Ireland. On the way, we have visited 10 UNESCO World Heritage Sites. The trip from Denmark to the UK was prolonged, when the ferries between Esbjerg and Harwich stopped, so we had to travel long distances on the European continent. 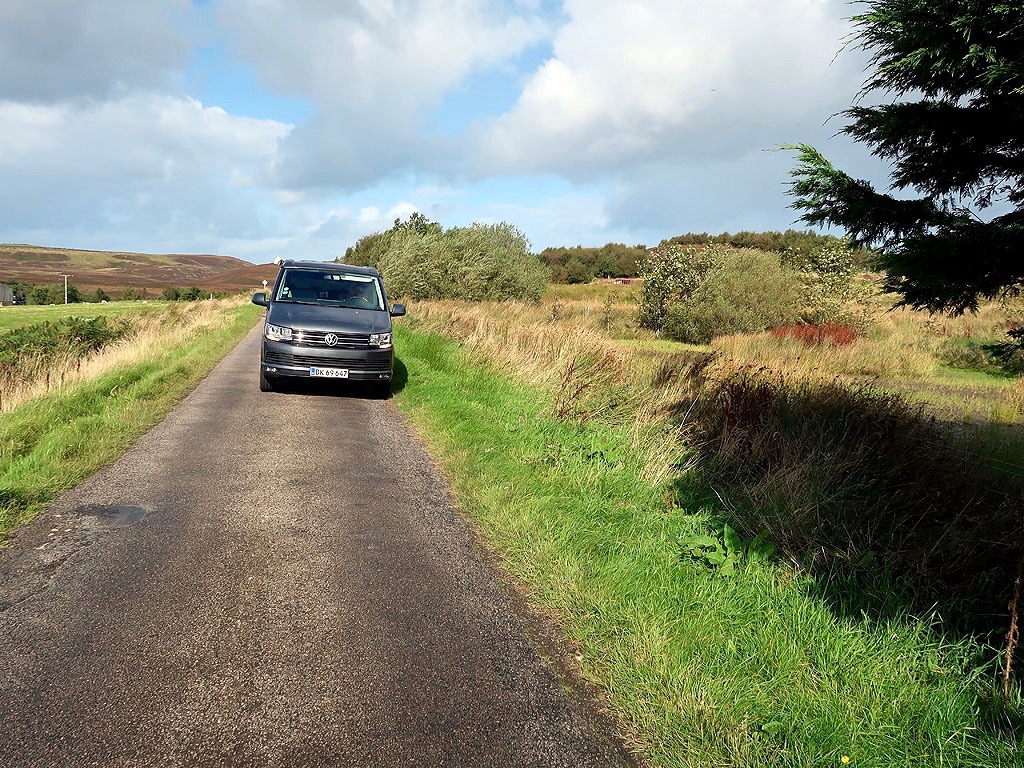 California used as a car in Scotland.

We took long stretches on motorways, and shorter ones on side roads with stone fences, hedgerows and fine villages with natural stone houses. We have driven through beautiful national parks, in mountain landscapes, along sandy beaches and rocky shores.

Google Maps, GPS and paper maps have been helpful. EU’s Roam Like at Home rules have made Google's virtual reality an informative travel companion if there is not a mountain in the way of network connection. In the past, we had to download special apps and look for Wi-Fi. Mobile phones and credit cards have made travel easier, but the accompanying surveillance is disturbing. How is a traffic jam on the motorway detected?

British drivers are considerate to cars with the steering wheel in the wrong side, and it was easy to get used to left-hand traffic. Actually, we were quite pleased with our performance when we reached Denmark again after our tour in the spring.

The satisfaction lasted until we received a letter with a charge of 4,400 DKK and threats that it could rise to almost 18,000 dkr. for driving in London's Low Emission Zone. Before the trip, the official website had confirmed that our new petrol van with a German eco-label on the windshield was free of charge. The claim was cancelled when we documented the car's Euro norm, but this required several answers and questions and took more than three months.

Before the autumn trip we got a French eco-label and the app Green-Zones. We wish to take care of environment and climate, but it should be possible to coordinate the rules so that driving in Europe is not unnecessarily hampered by many different emission regulations. Since we got the van, we have reduced our carbon footprint by not flying and not staying in hotels. 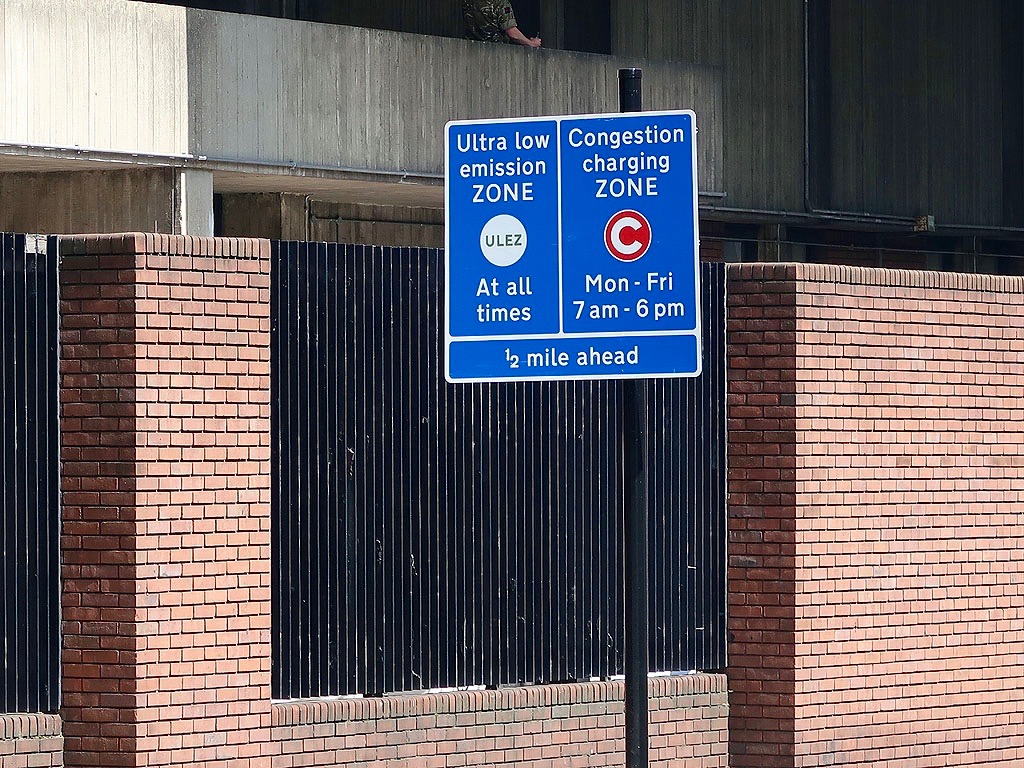 The weather is varying in the UK, it is no coincidence that a sturdy umbrella is an important part of a well-dressed gentleman's wardrobe. Especially in Wales, Scotland and Ireland we found layered clothing and rainwear helpful.

"Fine day, isn’t it," said either in a sincere or an ironic tone is a certain icebreaker. Once the conversation has started, most people like to talk about their life and their country. We try to engage in meaningful exchanges with people we meet. Our ideal is intercultural dialogue, not cultural tourism.

Cultural camping allows us to travel slowly and with many experiences. We have had our camper nearly three years now and have lived in it about half a year. The beginner difficulties are over, we have discovered the van’s possibilities and put together a comfortable, minimalist equipment. We now laugh at a chaotic rainy evening on one of the first trips. 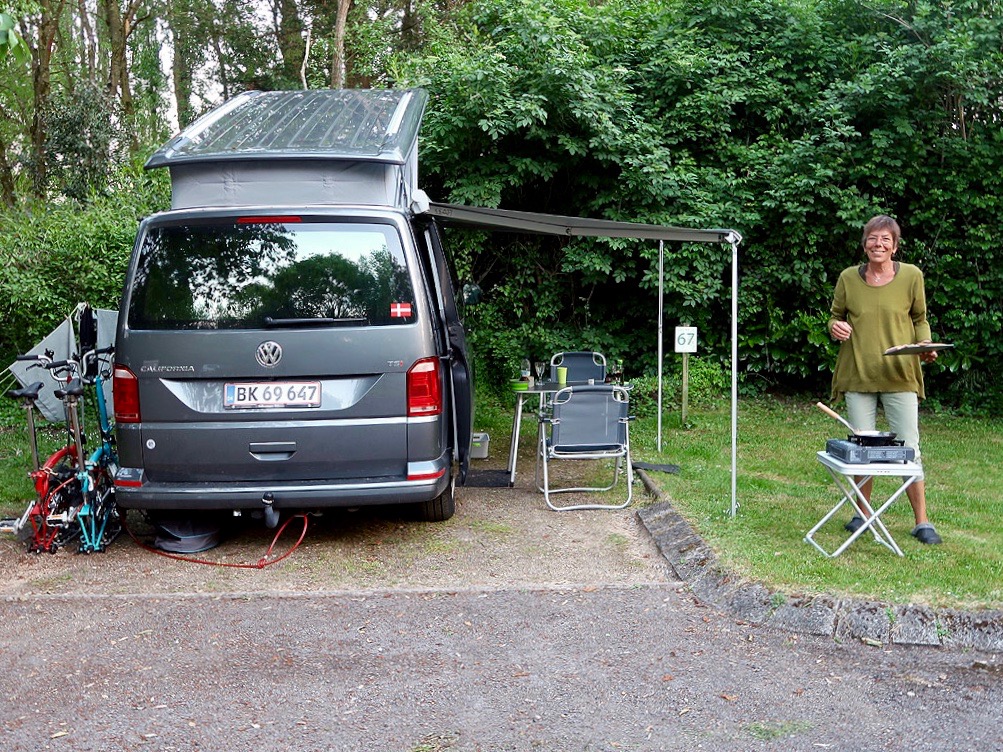 We usually spend the night at campsites within walking, cycling, bus or train distance from sights. Once the car is converted into a home, it is most convenient to leave it. We have only used our folding bikes a few times this last year. In the UK, bikes are more for recreation than for transport, and locals have usually advised us to use public transport.

The campsites have varied from primitive to luxurious, almost always with good and clean facilities. Prices have varied with the standard, it has paid off to join both The Caravan and Motorhome Club and The Camping and Caravanning Club. It boosted our self-confidence when we were asked to show passports in Oxford to get the discount for members over 60.

We have hardly visited a city that did not have one or more new, attractive art centres and museums. There is free access to many cultural institutions, in turn they ask for donations. They often sell souvenir guides of high quality.

We have heard repeated criticism of a centralist national cultural policy focusing on London's large institutions and top down management of local cultural projects.

The December 12 parliamentary election was mainly about Brexit, but Labour, Conservatives and Liberal Democrats published "Manifestos", which also included cultural policy. They all wanted to maintain free admission to museums and they had varying proposals to strengthen culture across the country.

It is our impression that cultural life and cultural policy, among other things, because of the British tradition of community art and participatory art, maintain a balance between cultural and instrumental qualities. The linked trends of experience economy and cultural urban branding seem to be less prevalent than in Denmark. 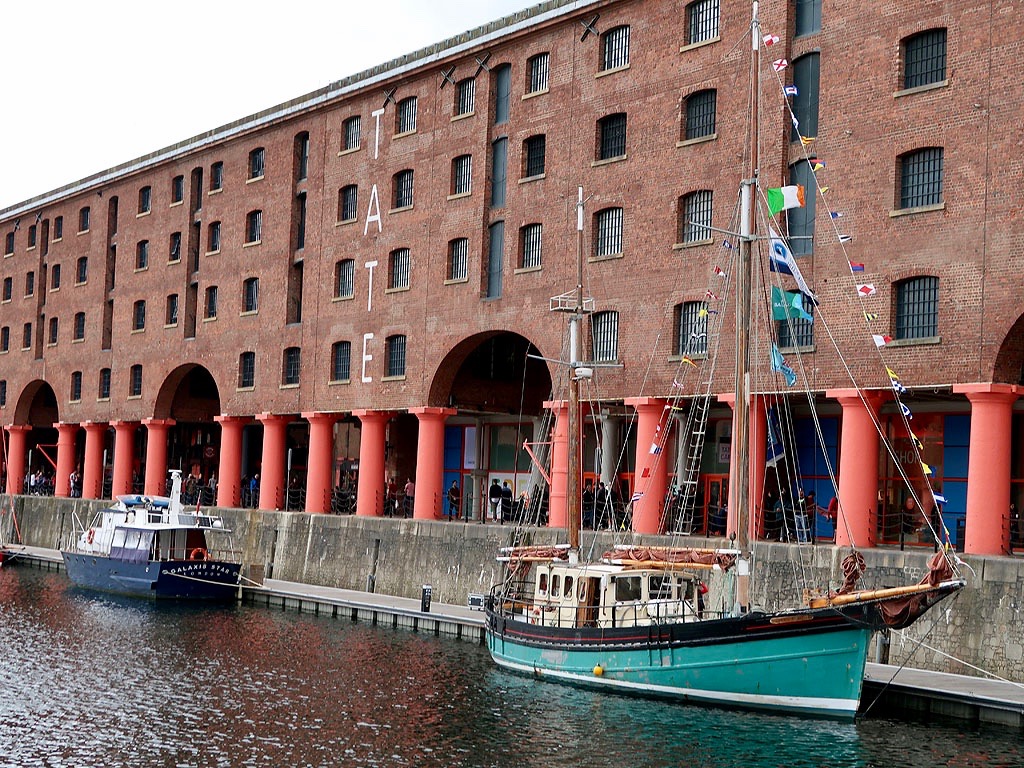 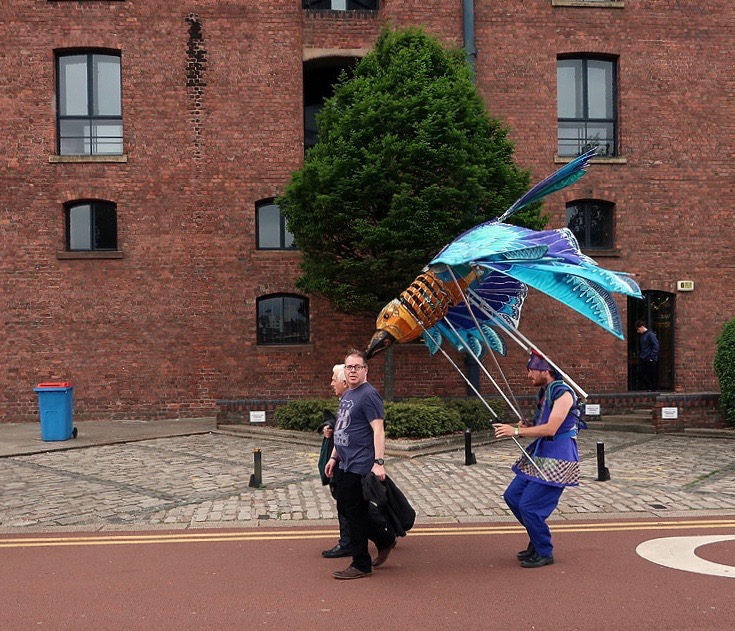