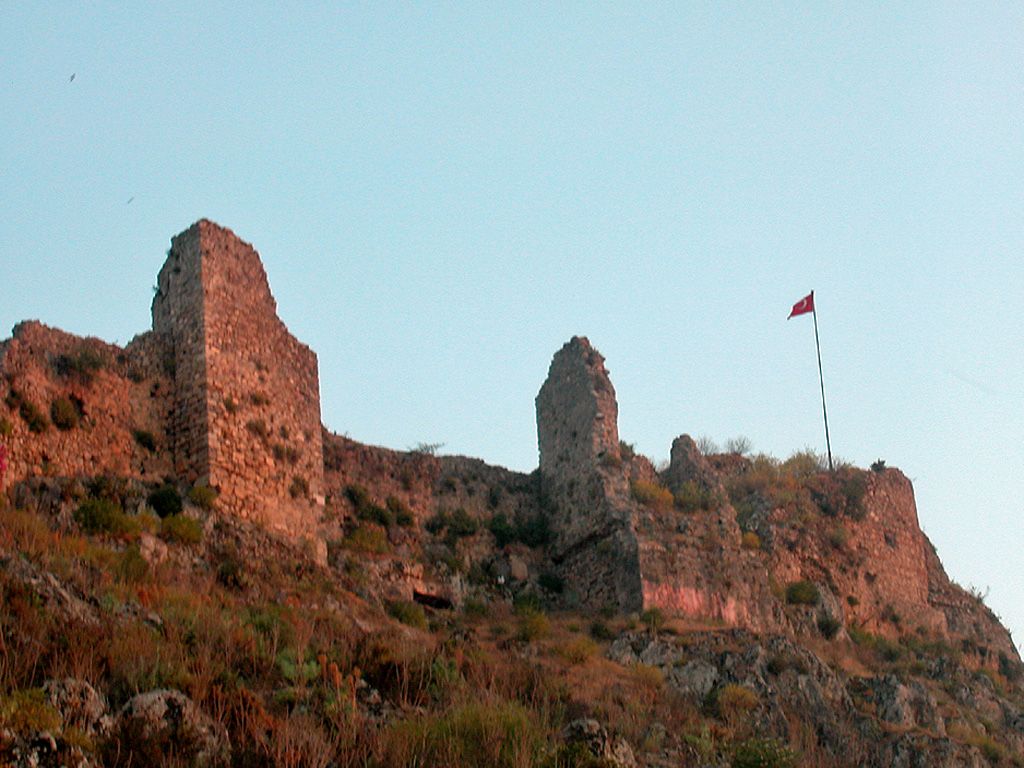 I was a Shepherd, 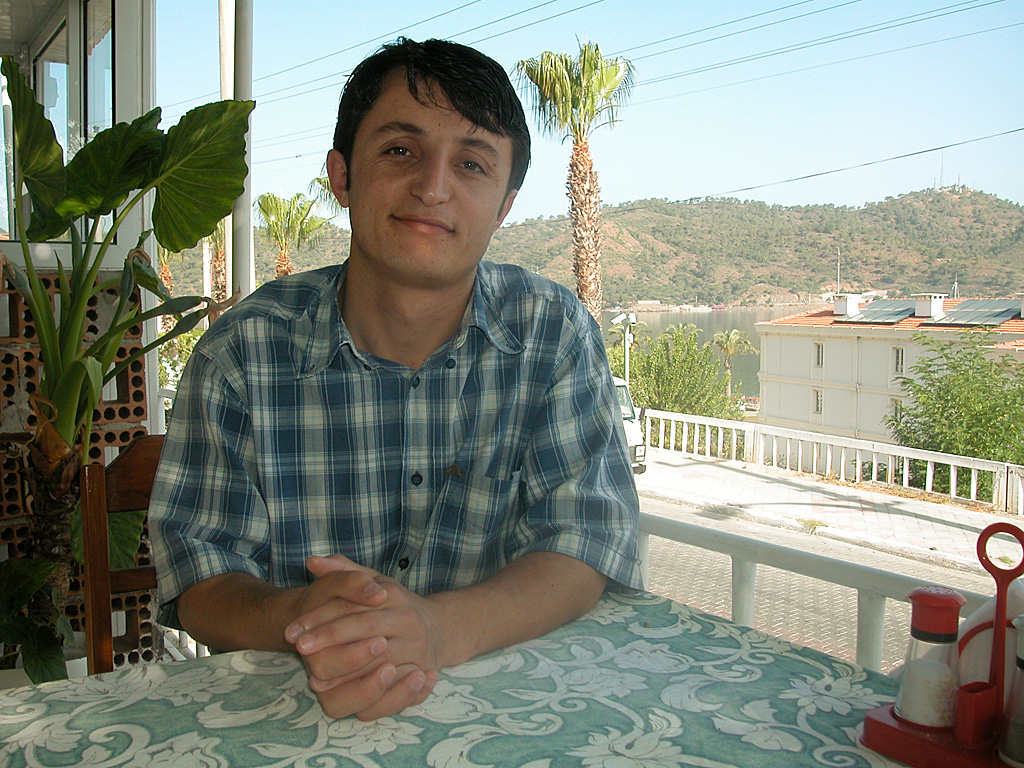 Yalcin Aydin is a manager of a pension in Fethiye in western Turkey and a student of tourism guidance in Van in eastern Turkey. He has left his home village and his family to develop and make a better life for himself. We talked in the garden of the pension where he works with a nice view over the Mediterranean Sea.

I work in a pension in Fethiye. During the six months season I work hard every day in the week from morning till midnight. But if I want to take a break and go to the beach or other places I can do so. The owner is not here but he trusts me.

We are six people working in the pension. I tell the employees what to do how to behave to new guests and so on. The pension is family run, so we are very friendly to each other. My own family live in Kars and I miss them, but I go to see them once or twice a year.

I have learnt the job by studying tourism guidance and by working in the field for six years. It is a difficult life but also a very good life, because I meet people from all over the world, and talking with them helps me broaden my mind. Therefore I like the job although it is hard, and I don't make much money. - Generally my life is ok.

I was a shepherd

I was born in 1979 in a village near Kars. The life in villages in eastern Turkey was and is limited. We didn't have technology when I was a child - even today there is no Internet. The winter lasts eight months, and we had to stay in the house. We had television, but it is not enough to make me happy to see rich people on TV. It was a very boring life.

I was a shepherd taking care of my family's animals - cows, sheep, goats, chicken, geese, ducks and so on. My family's economy depended on the livestock and on the agriculture. I went to school and was a shepherd in the evenings and in the holidays. My family didn't have enough money to pay a shepherd, therefore my work was important, and this is quite common.

My childhood was sometimes happy and sometimes not. Happiness also depends on the family's economy, and we were not rich. I didn't want to take over my father's farm and my parents' lifestyle, but it was a difficult choice, because it meant that I had to leave them.

I have one brother and two sisters. My brother works in a shoe shop in Istanbul, my oldest sister is preparing to enter university, and the other will finish primary school this year. My sisters both live in Kars and help my parents there. All children in Kars help the family no matter how old they are.

I didn't like life in Kars. There were also problems of terrorism and a lack of teachers in Eastern Turkey until 2000.

My uncle was running a restaurant in Fethiye, when I came here, but he left for Istanbul after two months. I came to Fethiye in 1996 to work, to go to high school, to develop and to have a better life. My parents supported my choice although it was difficult for them. When I work here I send money back home.

After graduating from high school in 2000 I passed the university entrance exam and was accepted to study tourism guidance at the University in Van. The first year we studied English language the next two years Literature, Art history, Turkish history, Civilisations in Anatolia and Tourism economy. It is a good study, but it would have been nice to have more lessons. After three years I had to pass an English exam to become a professional tourist guide. I was very close to passing this exam, but I failed and have to take it again this November.

My parents didn't study, but my mother reads the Koran. She is quite conservative and religious, and when I go home, she says, "Yalcin you should go to mosque." I believe in God and I fast, but I don't go to mosque.

I will marry and have many daughters

I intend to pass my English Exam in November. Then I will study economy for two years and also learn Dutch in Van. After that I will go to the army. I do not have a girlfriend now, but if I can find a good and beautiful girl I will marry her and have many daughters, I like girls very much. Actually there are many single girls in Kars as they stay at home while the boys leave. This is due both to religion and tradition.

I want to go to Kars to be a professional tourist guide in an agency or in a big hotel. Kars needs professional guides and my family and friends live there. But I will also be able to work in Fethiye, where I have found new close friends.

I have two lives now, one in Fethiye and one in Kars. I know both cultures and I am flexible. You have to be that to be a professional guide. I would also like to help poor children study, because it has been difficult for myself to get an education.

I trust my ability to make my own choices about my future.

Globalization is a kind of imperialism

Turkey is situated between East and West and we draw on eastern and muslim traditions as well as on western democracy. When the Turks came to Asia Minor from Central Asia they met many different civilisations and were inspired by them. Our religion tells us to be friendly to each other, and we live according to our religion as well as our constitution.

The Turkish republic is only eighty years old and our democracy needs more time to develop fully. Now Turkey wants to join the EU, but I don't support this idea. In my opinion the focus in EU is too much on economy, but becoming a member state will of course help Turkish people who want to go to other countries to work.

In my job I meet people from many countries and share thoughts, traditions and lifestyles with them, in this way I get rid of my prejudices. I see different cultures with my own eyes, and I use these job benefits to develop my mind.

I have not had money to go to other countries yet, but I want to visit Canada, China, Iran or Iraq. Some day I will go, but I do not want to leave Turkey to live permanently in another country.

Retired English people settle in Fethiye these years, and they live much better in Turkey than we do. Generally we like them, they are kind, and they bring money to the country. But after the English "conquered Fethiye" local people can't afford to buy houses here.

One of the consequences of globalization is that rich people can have what they want all over the world. I don't think that this is good for the poor countries. Actually it is a new kind of imperialism creating opportunities and markets for the rich.