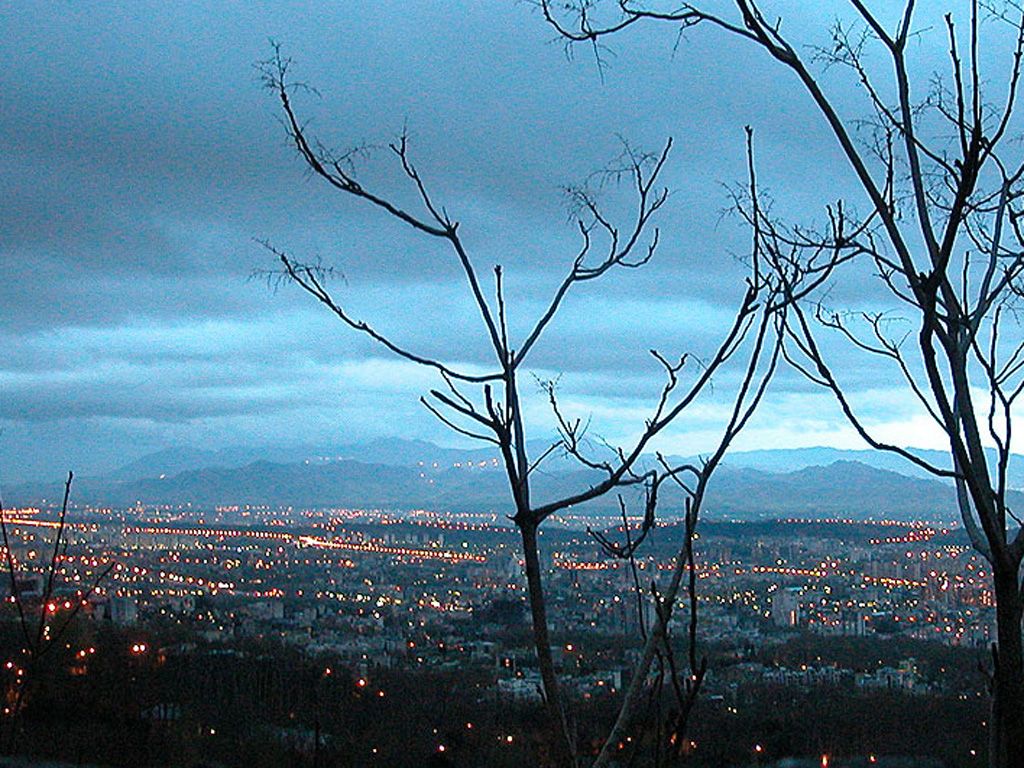 There is a Generation Gap 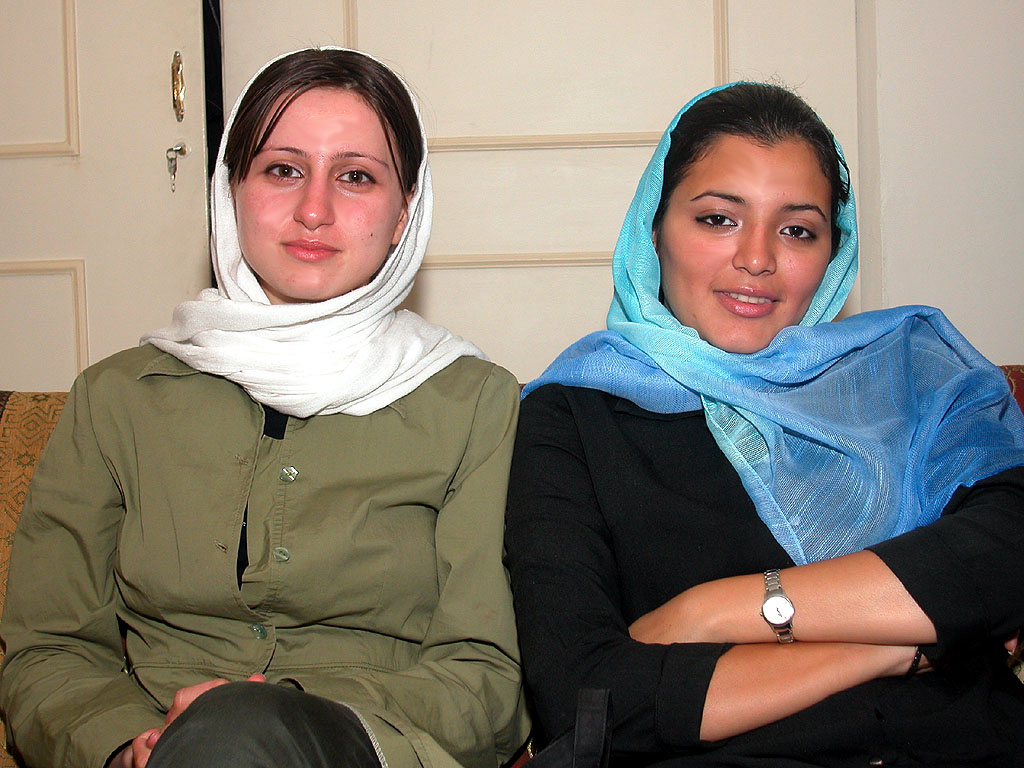 Pegah is a student of English in Teheran, she lives with her parents. And she spends as much time as possible with her boyfriend Ramin. During our talk, she is with her friend Dna, who joins in the conversation when it is appropriate.

At the university I meet my friends, and if we like the classes we go to them, but quite often we prefer to go out to drink tea and smoke water pipe in one of the parks, near the university. I come back home between four o'clock and eight o'clock p.m. Then I take a rest, talk with my friends on the phone and play a computer game. Normally I study about one hour a day - not more than that. But some weeks before exams I study very hard, and I have never failed an exam.

Perhaps once in two months Ramin and I go to the cinema and see films no matter what the title is, but most of the times films in Iran are about girls and boys. In the long holidays I visit my grandmother and aunt in the north, where we go to the beach and climb mountains.

My mother is angry with me. "You should stay more at home and be a good girl, and not always go out with Ramin," she says.

We lived with my grandparents

The first years of my life we lived at the second floor in my grandparents' house, my aunt and an uncle also lived there. I really loved my grandfather, and when I got up in the morning I immediately ran to see him. He died when I was sixteen. I played with my cousin, who lived in the same house, but we always fought each other because although she played with my dolls she wouldn't let me play with her dolls.

When I was fifteen we moved to a new house, where it was hard for me to live. The house was bigger, but it was in the south of Teheran, and I didn't like the neighbourhood, so I would never go outside. I went to school, came back home and was with a friend, who made me feel comfortable. After three years we moved to the house, where we live now, and it is very good.

I wanted to change myself

My primary school was near to our first home, and I had a really nice neighbour, whom I played with. I started guidance school, when I was eleven. At this time your thoughts change, I met friends with different customs and wanted to change myself, but my mother didn't like that. She wants me to grow up and be like her.

In high school I got a boyfriend, it was one of our neighbours, I didn't love him but I had to see him. I didn't want anybody see him following me in the street and think I was a bad girl, because everyone said bad girls do so. I promised that I would see him, but only from seven to eight o'clock p.m. on Tuesdays. In the second year of high school, I studied a lot and got good marks. But the following year I found a new friend, and we made fun of our teachers, so my marks got lower. In the last year of high school I met Dna, we became friends, and in the second year of university, our friendhsip became very close. It is nice to have friends, when you go to university.

The culture has changed

In the beginning of university I just followed classes, but in the second semester I found my first real boyfriend. I loved him a lot and was completely blind, so I gave up all my other activities to be with him. I don't know what happened, but our relationship finished after eleven months, and I got very depressed, until Ramin came into my life after six months.

I met Ramin when I was with friends in a coffee shop, and he gave me his phone number and asked me to call him. When I did so, he came to my university and we had a date in a park. To be with Ali was a good experience, but now I learnt how to be with a boy and find an equal balance in the relationship.

Within the last three years the culture has changed a lot in Teheran, but not in other parts of Iran. For our generation virginity is no longer as important as it used to be. But there is a generation gap, and my mother says, "you are like a European try to be normal like other girls."

When I was a child I liked to be with the boys and not the girls at family gatherings. Actually I like boys better than girls, they are easier to talk with.

I want to live in the present

My mother believes that the future is very important, and that I should think about it. She thinks that I should study and encourage Ramin to gather money. She wants us to buy gold and not CD-players. But I don't believe that, I want to live in the present and enjoy myself.

For six year I didn't want to have children, but Ramin really wants to, and therefore I may change my mind, but I have told him not to ask me now. - If I do get a daughter, I would like to be close to her like a friend. I will of course have to tell her, what it is proper to do. But if we are friends, she will want to tell me about her life.

I would like to go to an English speaking country to study, but this is very difficult for a woman in Iran. We have to do first what our father says, and then what our husband says. If I left this country to study abroad, my parents would probably not want to see me again.

When I finish university I would like to teach English, but I am also thinking about studying architecture or perhaps making a business selling cosmetics. I definitely intend to go on working outside the home, when I marry Ramin. 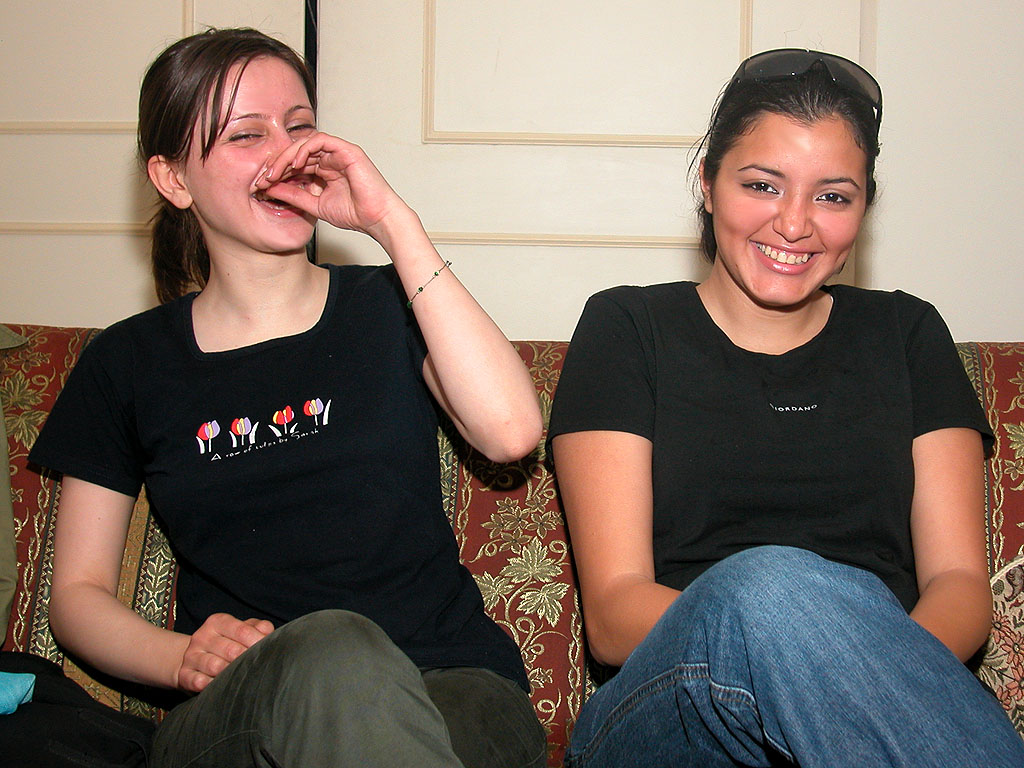