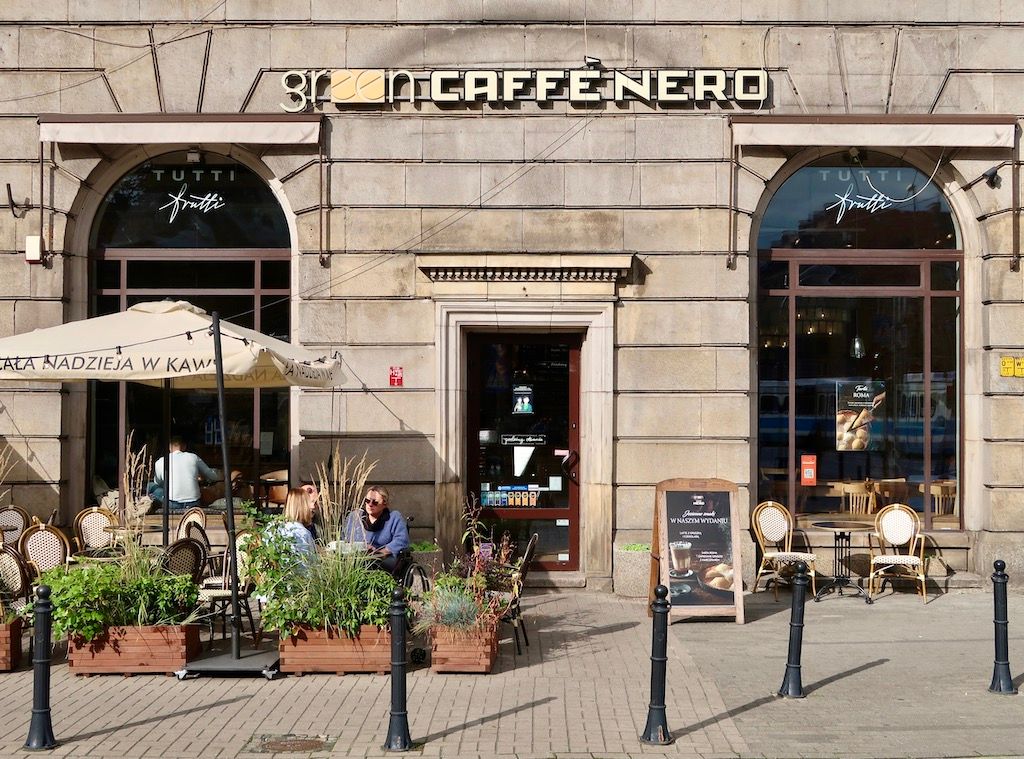 I Hope the Divide Can be Bridged

Anna was born in a Scandinavian country and emigrated to Poland where her parents originated when she was in her twenties. She works as a lawyer in Wrocław and lives there with her husband and children. We connected to Anna through Polish friends and met her in Café Nero/Tutti in the city centre. Anna is a name, she has chosen for this interview.

We spend time together

I wake up between six and seven to make breakfast and lunch for my kids, who have to be in the nearby school at eight o’clock. They don’t like the warm food served by the school, so we prepare lunch for them in a thermos. When the kids and my husband have left home for school and work, I turn on my computer.

For the past year or so, I have been working from home because of the pandemic. I work as a lawyer for a big firm, and my husband is a lawyer as well. My workplace has announced that there will soon be a plan for returning to work, probably in some hybrid form. I filed a resignation for my old job right before the pandemic to become the manager of a team in a new place. I have only met my colleagues physically a few times in the office and on an outing. I had to enter the team at a distance, but they accepted me, and I think we have a good relationship. It has turned out well.

During the day I am working, working… When the kids and my husband come home we make supper. Once a week, I go to yoga for a couple of hours, this is my “time for myself”. In Poland children are supposed to be quiet and listen to elders, but our kids are very outspoken, they are not afraid of authorities at all. As both their parents are lawyers, we have many lively discussions.

In the weekends, we try to spend time together as a family. When the pandemic started, we began to take long hikes in the mountains or go on bike rides with friends one day every weekend, when it was possible. During the lock down, you were not allowed to leave your home without a purpose. The police drove around the streets and reminded people of this, so everybody brought a shopping bag.

We are secular Jews and celebrate the Sabbath on Friday night inconsistently. We visit the synagogue sometimes, on the most important holidays. We try to symbolically keep in touch with our roots. My younger child likes this very much, the older one used to be a devoted believer, but has now become an equally convinced atheist. He asks, “Why are we doing this?” – Perhaps he will end up somewhere in the middle.

I am a citizen of two countries

I was born in 1980. My father had moved to Scandinavia with his family in 1969 because of antisemitism in Poland. My mother’s family stayed at home although they also had some troubles and my grandfather lost his job. They had fled to the Soviet Union during the Second World War, were tired and thought, that Poland was their home. Both my parents were involved in the opposition against communism and met in this capacity. They fell in love, it was very romantic, and my father wanted to return to Poland, but this was not allowed, so my mother moved to Scandinavia.

I was brought up speaking Polish at home and the local language in the yard, in kindergarten and in school. I am now a citizen of both countries. I spent summer holidays with my grandmother in Poland, read two or three books a day, spoke Polish and learnt the language well.

I wanted to study linguistics and perhaps anthropology, but my mother talked me into trying to study law. I can’t say she was wrong, the education helped me find a job and make a good living in Poland.

I emigrated to Poland, when I was in the final part of my education as a lawyer. Poland had just joined the EU, and I did a student exchange at the university here to study Polish law for one year. I ended up staying because of my husband, I was 22 when we met. I married a man in a different country, but in a way, he was also the “boy next door”. His family lived in the same town as my grandmother, and we had seen each other when we were children.

I started working in an international consulting company, they didn’t require a Polish law degree, because you learnt everything in the firm. If I wanted to be a regular lawyer in Poland, I would practically have to repeat my studies.

The  government destroys the legal system

It should be noted that the present Polish government has had the courage to change the tax law radically, which was not done by the old liberal and more democratic government. There were some loopholes in the tax law then, and companies used them.

To say something positive about the current government, it is very efficient in driving in taxes, but the legal situation is also quite chaotic. They make huge bills very quickly with almost no time for public consultations, and companies don’t get enough time to adapt to them. This creates a difficult time for entrepreneurs.

In my view, the new government is doing harm to the legal system in Poland. They make bad laws and try to take over the courts by attempting to restrict the independence of judges and prosecutors. Recently the prime minister filed a motion in the constitutional court to check whether EU law is superior to local law, although this has been agreed by all countries in the European Union.

Most Polish people support the EU, but the current government has strengthened the divisions between liberals and conservatives. Perhaps the divide between the western and eastern part of Poland, between the big cities, the small towns and the countryside has always existed, but it has come to light and been fuelled. Parts of the Catholic church contribute to the split, but it is important to distinguish between the church and ordinary, tolerant Catholics. There are similar divides between liberals and nationalists in Scandinavia, and I am glad to live in Poland, the country is very interesting and dynamic and my children are Polish.

My family still lives in Scandinavia, so I still have to cross the Baltic Sea to visit family. We have also been on holidays to Greece, Italy, Norway, Lapland, Israel and Portugal. And of course, we travel in Poland from time to time. Your priorities change as you grow older, I enjoy nature more, I can even consider picking mushrooms!

I have a background composed of several elements. National identity has never been the most important to me. I am more attached to the neighbourhood I live in and the people I meet on a regular basis.

When I lived in Scandinavia I was officially categorised as a “second-generation immigrant”. I grew up in a sheltered environment and was never exposed to racism myself. My mother who spoke the local language with an accent was sometimes discriminated against, and I observed this. There is no official acceptance for anti-Semitism in Poland, but you meet it on the internet, and it is becoming less politically incorrect. This worries me a bit in the context of my children. However, during almost twenty years in Poland, I have never encountered it personally, in direct relations with others.

The city’s slogan is, “Wroclaw the meeting place”. It was part of Germany before the Second World War, and after the war people from former Polish areas in the East moved here, lately it has received many immigrants from Ukraine. Coming from an international city I enjoy the diversity and the many languages you hear in the streets. Racist incidents do sometimes occur - people with a different skin colour should be able to go out at night without being scared.

While we talk a group of refugees are caught between armies on the border between Poland and Belarus. We don’t know if people are dying or not. Situations like this can make me stay awake in the night.

I concentrate on the present, and I don’t plan the future. I am happy with my life as it is, but we joke about emigrating to Portugal with some friends when we retire. On a holiday in the country it became our Arcadia. When we get grandchildren some time, they can visit us there and swim in the Atlantic.

I hope for my kids that Poland will return to Europe and the Western World. It will however take long time to restore, what the present government has spoilt. It is changing the schools, the media – which affects the way of thinking of young people. I hope the divide in Polish society can somehow be bridged in the future.

Return to The Birthplace of Eastern Europe's Democracies.